Wednesday 8 December 2021: Congratulations to the Wynberg Music Department on the exceptional results achieved across all categories in both the Cape Town and Kaapse Afrikaanse Eisteddfodau this year, a fitting tribute to end the musical year on a high note.

While many schools disbanded their choirs and ensembles during the pandemic, Wynberg Boys’ High regrouped at the start of 2021 and followed all protocols to rehearse in creative ways to keep our groups performing and our pupils involved. There were a couple of periods when a peak in Covid numbers or a word from the Western Cape Education Department (WCED) necessitated a curtailing of rehearsals, but for the most part, we kept going.

Despite not being permitted to perform concerts we had continued buy-in from our boys and experienced growth during this time, with our choir growing to 83 boys! It is testimony to the ‘Supera Moras’ spirit among our pupils and the perseverance and dedication of the music staff that the music department has achieved such overwhelming success this year.

When public performances were prohibited, we had to make recordings of our bands, choirs, and soloists. These then needed to be condensed and then uploaded to the various examining platforms. In addition to entering the Eisteddfodau this way, all Matric practical examinations had to be video recorded, following a strict protocol and submitted to the WCED online. This added complication was an onerous one, but it was necessary for our boys to be examined for Matric and for an Eisteddfod result. Thank you to the music staff for all the after-hours work this involved. Thank you to the boys for coming in after school to make solo recordings. Thank you to the choirs and bands who had to record early in the morning or during break time. Thank you to Dylan Edwards, Matthew Price, and the media team for all the extra hours given in support of these recordings. We have accumulated many solo recordings and these will all eventually turn into online concerts in the new year.

With this teamwork commitment, Wynberg was able to produce a Concert in the Quad within two weeks when permissions were granted for an outdoor audience, as well as a Sunset Concert, and Mr de Waal’s farewell concert.

The boys and staff are to be congratulated on their perseverance and fighting spirit which will only stand the department in good stead for 2022. 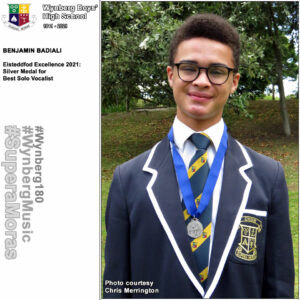 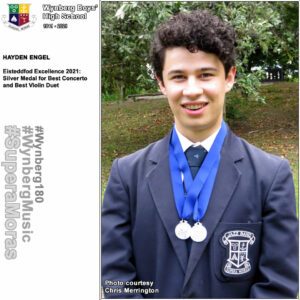 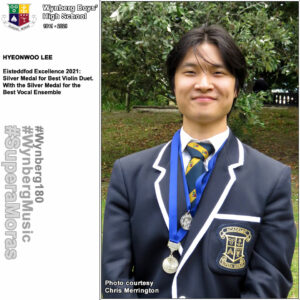