Friday 2 April 2021: While this year marks the 180th anniversary of our Schools’ founding in 1841, it is also the 30th anniversary of the single most defining moment of our modern history as Wynberg voted overwhelmingly to open admissions to all South Africans. As can be traced in our School Magazines from the mid-1980s, during the headship of Mr Rowan Algie, the school was challenged to “establish its role in a new non-racial South Africa”.  In 1991 Wynberg Boys’ High School officially opened its doors to all races and our journey of diversity began in earnest.

From the Editorial – School Magazine 1990

As this 1990 magazine goes to press the parents of the four Wynberg schools, together with the parents of some forty-two other schools in the Cape Town School Board area, are soon to decide at the polls whether these white schools should become open to children of all races. “Will this be the last term for apartheid?” asks the headline in one of our local newspapers …

In this note, it is my aim to record important events that have occurred during the year and influenced the school in some significant way. 1990 has heralded one of the greatest challenges in the history of the school. The announcement by the State President in February, followed by Minister Claase’s announcement in March of possible options for a non-racial school, clearly challenged the school to establish its role in a new non-racial South Africa.

As early as 1986 the parents were asked by the School Committee to express their feelings concerning the possible opening of the school to all races. The parent community indicated that the School Committee should follow and enter the debate concerning open schools. This has been done for the past four years. This year, however, what had always been seen as only an ideal became a possible reality through the announcement by Mr Claase.

This new challenge has been welcomed by the school and there is little doubt that Wynberg Boys’ High will respond in a way that will serve the best interests of the community.

Each year, in this note, I have tried to highlight those events which have been special to the year. 1991 has been an extraordinary year.

However, I should like to highlight three important events or milestones reached. Firstly, it has been the year in which we have celebrated 150 years as an educational institution. We have celebrated on a number of varied but successful occasions which, I believe, have in various ways involved the entire Wynberg community.

Secondly, Wynberg opened its doors at the beginning of the year to all South Africans. The impact, at this point, is negligible, but the indications are that our new admissions policy will certainly bring greater challenges and a new dimension to the school.

Thirdly, this year has been the culmination of three projects which have added considerably to the school. The alterations to Silverhurst were completed and the building was occupied as a hostel in June. A computer room, to be known as the Philip Schock Computer Room, has been created and fully equipped. Finally, the Wynberg House pavilion has been completed.

All in all, a good year for Wynberg Boys’ High School. 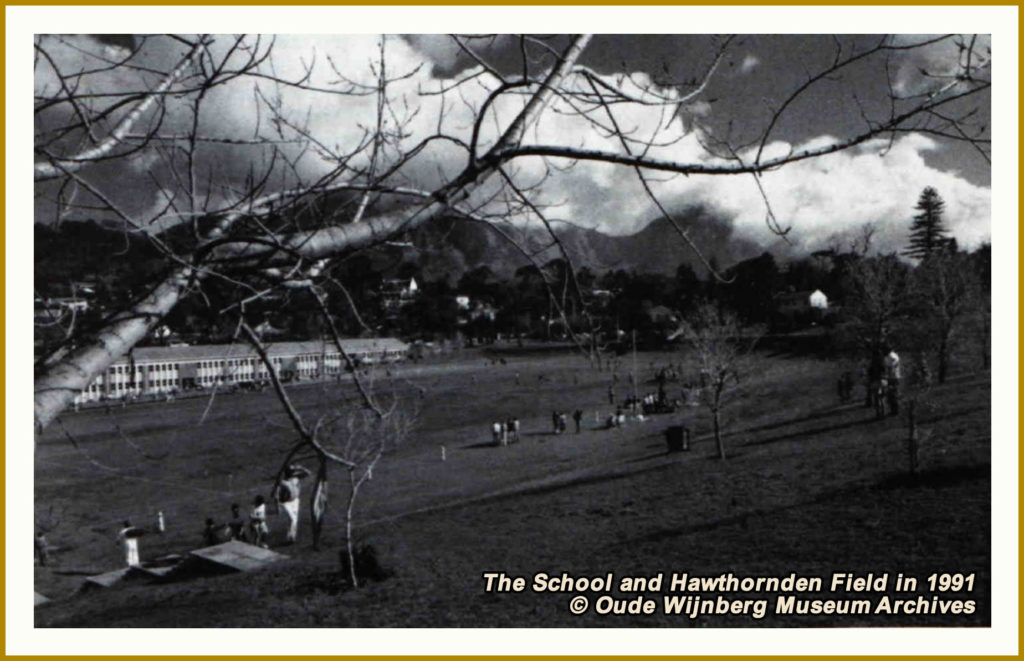