Sunday 21 March 2021, Human Rights Day in South Africa: As we look back during 2021 at moments that define our School since its founding in 1841 as a multi-racial and co-educational institution, it’s important we view events in our history against the timeline of the societal and political landscape of the day. 60 years ago as the Wynberg Boys’ Schools celebrated our 120th anniversary, South Africa was one of many African nations, in the words of the then British Prime Minister Harold MacMillan, being violently buffeted by ‘the winds of change’.

With the vast majority of citizens, and the world at large, still reeling from the atrocities of Sharpville in 1960, the National Party Government after a whites-only referendum, declared republican independence from Great Britain. South Africa was set on course for grand apartheid and chronic injustices that scar our society to this day.

As we mark Human Rights Day on Sunday 21 March, we look into our archives to the editorial of our 1961 School Magazine where Mr Harry Arguile, editor of the publication, wrote presciently of the changes and what they might hold. While the language may seem a little archaic to us today, and somewhat muted, in its time it must be seen as both a brave and bold opinion piece by a teacher employed by the state:

The year 1961 has been a memorable one both for our country and for the School. Nationally we have changed our status to that of a Republic, and by our withdrawal from the Commonwealth have severed ties which have stood us in good stead over the years. In the process, however, far from solving our problems and healing the tragic divisions among our peoples, we seem to have created for ourselves fresh problems, the full implications of which are not as yet fully apparent; all of which only goes to show that our salvation lies neither in a Republic nor a Monarchy, but in a fresh appraisement of human relationships and in a more realistic approach to our racial problems.

It is these ‘human relationships’ that the Wynberg Boys’ Schools of 2021 hold most dear in fostering our broader community while educating, mentoring, coaching, and guiding our boys to become relevant citizens of South Africa and the world.

It will be entrusted to their leadership that the sanctity of human rights is neither eroded nor subverted. 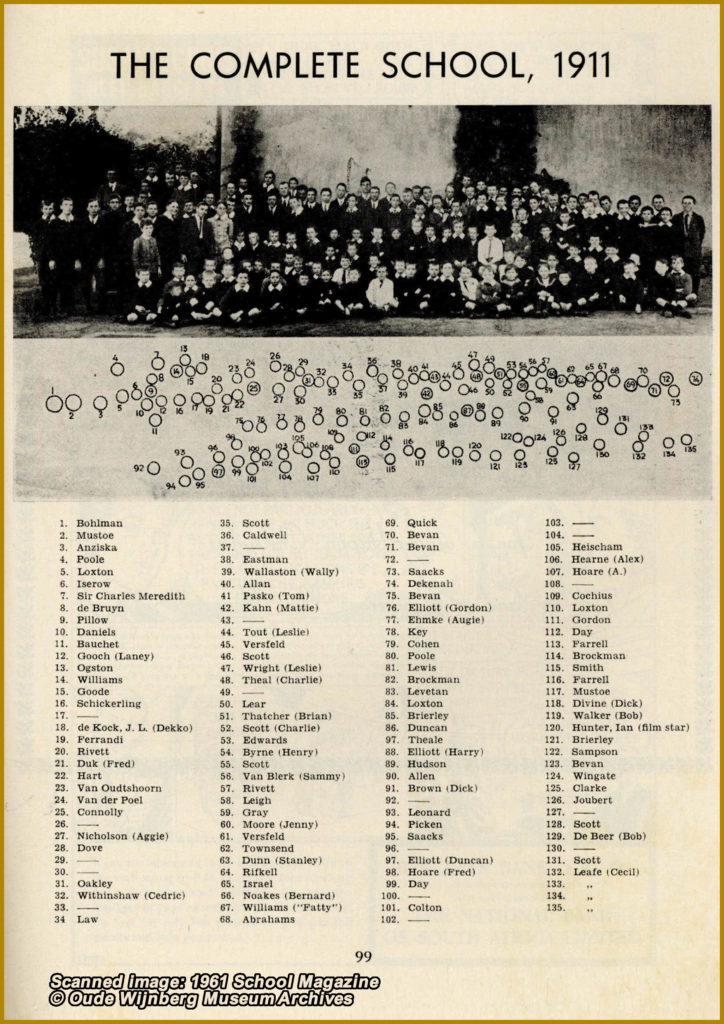