Mr van Wyk joins us from Bellville Technical High School where he served as Sport Coordinator for the last nine years, citing his specialty areas as teaching, coaching cricket and rugby, and sports management and events. A former semi-professional Western Province cricketer, he credits his time at the University of the Western Cape (UWC) with grounding and developing his coaching, mentoring, and administrative skills. 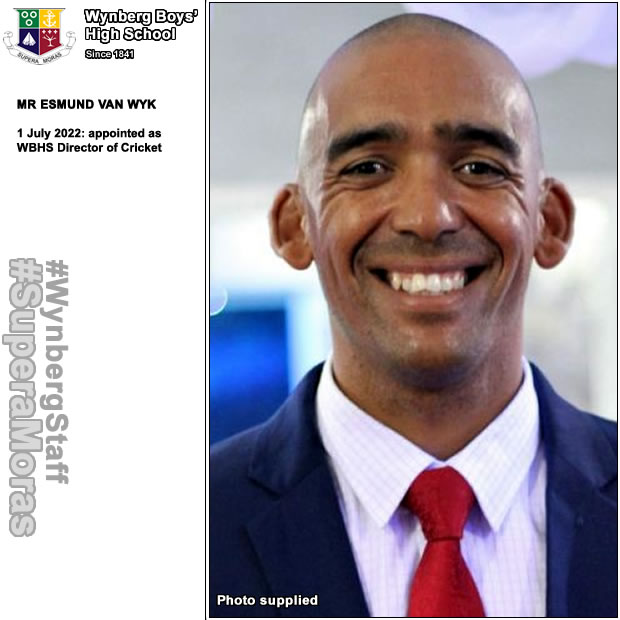 With the support of UWC and the Sport Skills for Life Skills programme Mr van Wyk was afforded the opportunity to be part of establishing the UWC women’s cricket team in 2006 and cites one of his sports highlights as Bellville THS being awarded Cricket South Africa Focus School status.

A passionate sportsman, with three Comrades Ultra-Marathons under his belt, Esmund expresses his excitement at taking on the specialist Directorship role at WBHS and building on the work of his predecessor, Mr Andrew Wylie, to take Wynberg Cricket to even greater heights.

Our cricketers, coaches, staff, and broad Wynberg community will join in wishing Mr van Wyk a long, happy, and successful tenure at WBHS.