View the Flickr photo album collection of matches vs Rondebosch

The excitement of nine matches against Rondebosch this past weekend fades somewhat as the official end of season fixtures have been reduced to only 1st and 2nd XI matches at SACS’ request, which although unavoidable, is a shame for our younger sides who’re just finding form, and in particular for the U14s who’ve had a wonderful 1st and 4th term season, dropping only one match across A, B, and C games since the start of the year. 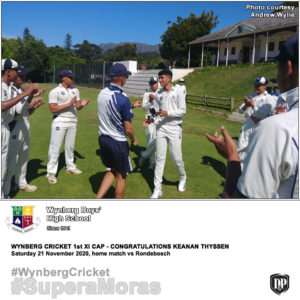 The U15A side gave a gutsy performance against Rondebosch, eventually going down by 5 wickets in a hard-fought match that belies the final result, with a sparkling turn at bat by Jude Mills’ 84 not out. In all, the weekend’s matches against our old rivals saw Rondebosch taking home 6 wins to our 3. The individual match results are recorded below and can be found, with all the 2020 fixtures on the cricket section of this website under results.

The U14B had a bonus match last Thursday against Wynberg Boys’ Junior School’s U13A – this was a great internal derby opportunity to have a look at some of our new cricketing intake for 2021 under match conditions. Some solid new talent heading up the hill in January to join the U14 division, and we look forward to seeing them again on Friday 27 November when they, along with their WBJS brother cricketers, join us and the players from other feeder schools for New Boys’ Nets on the Jacques Kallis Oval.

I must commend and thank all parents and supporters for heeding the call to not attend matches and practices, and for following all covid-19 protocols when dropping and fetching their charges. By continuing to take all precautions, we are all doing our bit toward the eventual return to normal sport – let’s hope sooner, rather than later!

Looking further toward next season, it’s my pleasure to officially welcome Ryan Maron as our 1st XI coach for 2021. I wish him the best at the helm and look forward to his input as we continue the development of Wynberg Cricket. That said, I must extend our belated thanks and gratitude to Messrs Patrick Smith, Paul Philipson, and Gareth Searle for their work, commitment, and achievements in their cricket roles these past few seasons. We wish them well in their new endeavors.

Good luck to the U19 players this weekend. 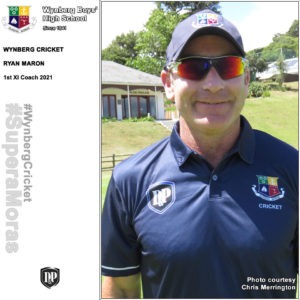 Wynberg Cricket is delighted to welcome Ryan Maron as 1st XI coach from 2021. Well known in SA cricket circles for his Cricket School of Excellence, Ryan’s impressive international coaching career and passion for cricket development, will see him bring a wealth of experience and insight to our team of coaches.

No stranger to Wynberg, Ryan fondly remembers his own playing days as a junior WP cricketer alongside Wynberg Cricket legend, Jacques Kallis, with whom he spent endless hours in the WBHS nets a schoolboy. On the coaching front, he marks his admiration and respect for WBHS Director of Cricket, Andrew Wylie, who he first encountered when Andrew led the WBHS 1st XI in 1990 and is enthusiastic about working together in building on the rich heritage of Wynberg Cricket that stretches back into the 1800s.

“These last few weeks have been a genuine pleasure working with the U19A squad, their passion and eagerness to learn is testament to the cricket ethos here.”

We wish Ryan a long and productive career, here on our Wynberg ovals. 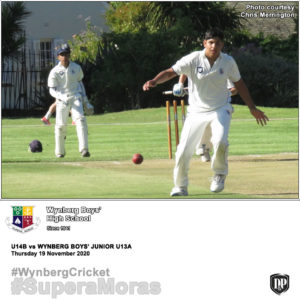 Only two matches on Saturday 28 November, 1st XI (away) and 2nd XI (Jacques Kallis Oval), are scheduled this week – details of all fixtures on the link. Please remember that under Covid-19 protocols, spectators are encouraged to practice social distancing. 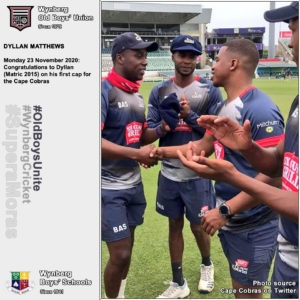 Monday 23 November 2020: Our congratulations to Dyllan Matthews (Matric 2015) on receiving his cap for the Cape Cobras in the series clash against the Dolphins at Kingsmead this week.

A #WynbergMedia Cricket Update, with thanks to Mr Andrew Wylie and the WBHS Coaches