Wednesday 6 April 2022: After more than 700-odd days of no schoolboy festival hockey, we eventually had the chance at the end of March to return to the prestigious Nomads events. What a privilege it was for the Wynberg Hockey lads to be able to play in one of the best schoolboy hockey festivals in the country.

It was always going to be tough as after so many days and months without playing competitive hockey; we did not know what to expect from ourselves or the other schools. But there is nothing better than to be thrown into the deep end at Nomads Festivals that host so many great hockey schools. We were tried and tested every day in order to get back to our normality of playing competitive schoolboy hockey day in and day out. These tours are testing on many levels, our 1st XI squad played 6 games in 4 days, travelling to the Eastern Cape with little time off, and followed by a 15-hour bus ride home.

The pandemic forced us to re-think the way we do the things that have pumped the heart of hockey at our School since 1967. Most of our current generation of hockey players have yet to begin to experience Wynberg Hockey’s competitiveness and commitment to excellence, on-field as players, as teams in fixtures, and as our renowned Wynberg Hockey Brand.

2022 sees the Wynberg Hockey machine as a newborn, and as with any infant, every day we spend with it we will groom, nurture, and guide it in the right direction to ensure our Wynberg Hockey DNA strengthens and grows within every player, coach, and official. 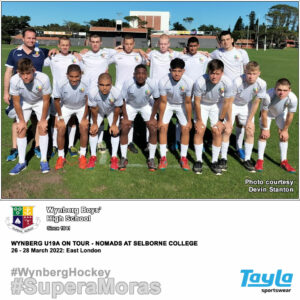 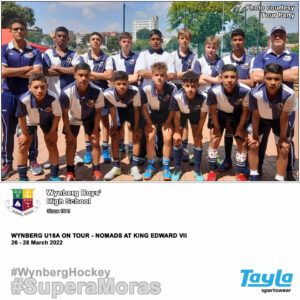 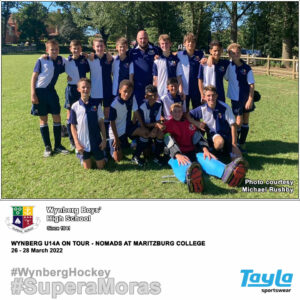